Faversham is a market town: it's so big and no bigger. It probably takes thirty minutes or so to walk from one side to the other. It is situated a mile or less inland on the north side of Kent and is (mostly) elevated a little above a flood plain. Where the buildings thin out to the north there's a shipyard and, beyond that, the Oare, Ham, Nagden and Graveney marshes. When you reach the coast you look across the eastern end of the Swale, a channel running between the mainland and the conjoined isles of Sheppey and Harty. Just near where the combined Faversham and Oare creeks enter the Swale is the remnant of an old ferry. Around here, and where the road rises from the water on Harty is a conservation area on which, at the right time of year, birdwatchers gather, seemingly trying to outdo each other in a contest over who has the biggest telephoto lens. Birds nest in protected areas of the foreshore and on the mud and grass islands in the middle of ponds. Driving on Harty I once saw a barn owl, flying in broad daylight, parallel to the car. 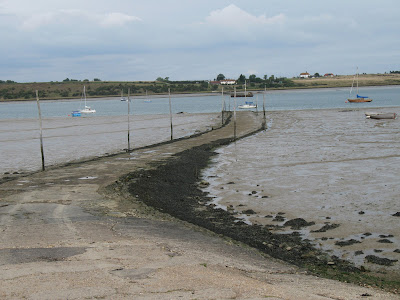 The Swale runs into the North Sea and on a clear night you can see across as far as Southend in Essex. On the coast facing the sea a few miles east is Whitstable. 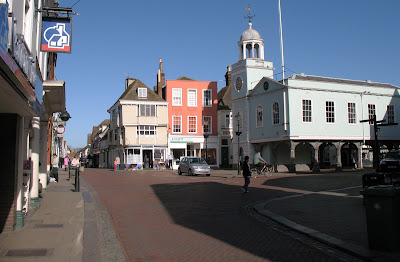 Faversham itself has markets in the town square three times a week. There are over twenty pubs (I've stopped counting) but also an unusually high quotient of hairdressers and charity shops. There's a cinema: a curious blend of faux medieval and art deco. 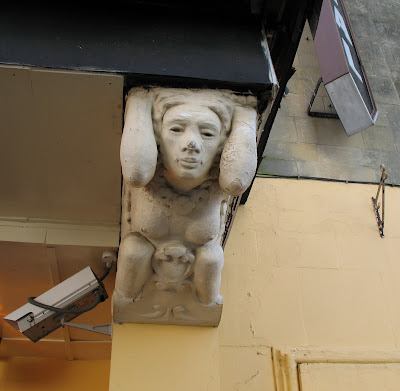 Most of the buildings in the town centre date from the fifteenth to seventeenth centuries. Further out are Victorian and late-twentieth century suburbs. Like most of Kent's councils, ours is dominated by Tories. This singularly inept bunch recently rolled out blue bins for recyclables before figuring out that most people in the middle of town had nowhere to put them. The local newspapers, like local papers everywhere, are morally outraged by the behaviour of 'youths' (see my earlier post for headlines).

Historically Faversham has been a farming and a fishing town. It was also, for a long time, a centre for the manufacture of explosives. A large tomb in the town cemetery commemorates some 150 or so people who died in an accident in 1916. The main industry in the centre of town is the brewery (Shepherd Neame) which has been in operation since 1698. The play 'Arden of Faversham' (1592) relates the murder of an unpopular official arranged by his wife.