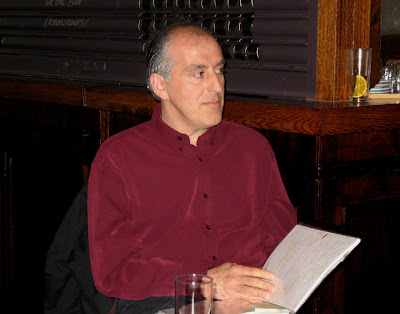 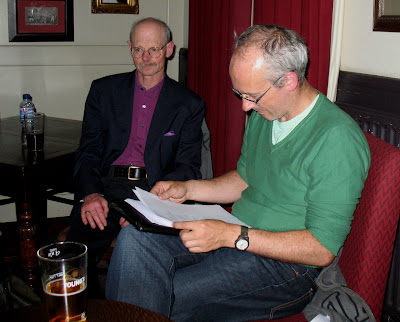 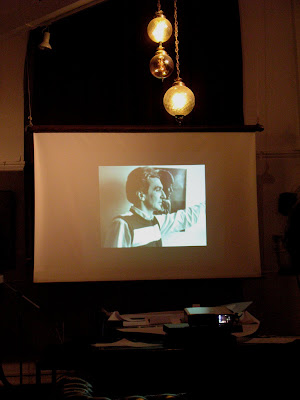 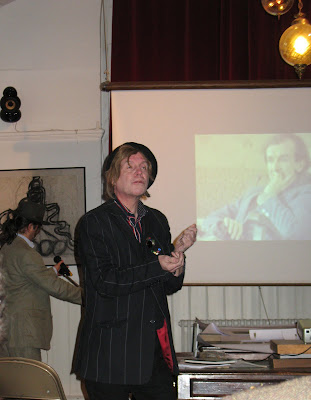 Last night Artery Editions launched Strictly Illegal, unpublished poems by John Wieners, edited and introduced by Jeremy Reed with artwork by Gilbert and George, at the October Gallery on Gloucester Street. I’m not a big G & G fan, seeing them for the most part as godfathers to the 90s epidemic of Young Unscrupulous British Artists, but the pieces used in the book, dating mostly from around 1970, look great in context. After a very long spell (it felt like the silence in a Quaker meeting house) the publisher, Patricia Hope Scanlan, initiated proceedings. Then Anthony Rudolf (poet and publisher at Menard Press) read a succinct and modest short piece on his own discovery and evaluation of Wieners. Following this we viewed some good You Tube recordings with images of the poet reading his own work. Finally Jeremy Reed read a selection interspersed with his own poems. Looking rather like the New York Dolls singer David Johansen, Reed tended to over-dramatise the poems, in some cases repeating lines and phrases not present in the text. While he was doing this he scattered party glitter into the air. The nuance and indeed the humour of Wieners’ work was lost in the process. A pity because the book is a fine production and the price (including prints of the G & G works) was astoundingly good value.
Posted by Laurie Duggan at 15:10

Great to hear of Laurie Duggan's news on Strictly Illegal by John Wieners.