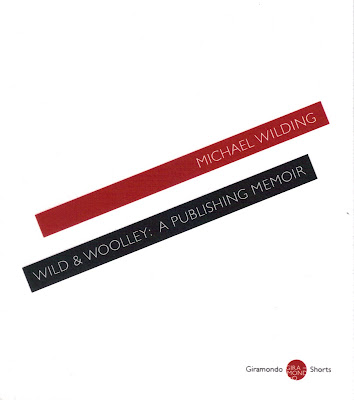 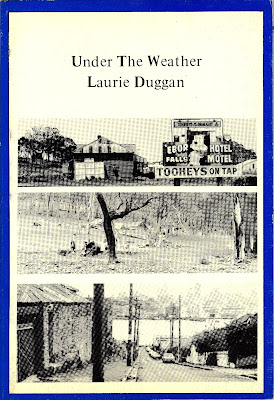 In 1973 Michael Wilding and Pat Woolley decided to start a publishing house. Michael, originally from the West Midlands, was writing short stories and teaching in the English department at the University of Sydney. Pat, a Californian, had publishing experience with her own Tomato Press. That press had published Pam Brown’s first book, Sureblock, a couple of years before, and it was through Pam that I met Pat. Wilding’s memoir, just published by Giramondo details the years of Wild & Woolley Press. One evening in 1973 not long before the idea of the Press was hatched, Pat and Michael came back to his place in Balmain to discover that ‘the poets had already entered through the bathroom window . . . eating and drinking whatever they could find . . . Robert Adamson, John Forbes, Laurie Duggan and Nigel Roberts as I remember, give or take a few’. I ended up working for Wild & Woolley at their Chippendale office as a storeman, packer and driver. There’s a photo in the book of the tiny van (powered by a two-stroke engine) with which I did the Sydney deliveries. The Press distributed American books from New Directions, Black Sparrow, City Lights, Four Seasons, Greywolf and other smaller presses and a good deal of my income was spent on these volumes. As an employee I got them practically at cost but I remember Michael saying once, watching me sweating under some boxes ‘it’s like paying the slogging natives off with alcohol’. The Press subsequently published my second book, Under the Weather, in 1978. I’d shown the manuscript to Michael and he’d immediately taken it on. His faith in the book wasn’t reciprocated by the reviewers mostly. One well-known Australian poet called it ‘an easy tiny read’. It was the book, I’ve since realised, in which I found my own way to write. I’m grateful to Michael and Pat for letting it into the world.
Posted by Laurie Duggan at 10:42

Thanks for that memory, Laurie. I won't be attending Michael's book launch on Saturday. I'm really pissed off at how he's taking credit for everything, calling the book Wild & Woolley: a publishing memoir, when he worked at it for 5 years and I kept it going 32 years more.

A couple of months ago, he changed the date of the launch so I could attend, suggesting I'd be its launcher. Then the invitation arrived by email: I was replaced by David Williamson.

Juno Gemes says: "Wilding just wants to take credit for so much that he didn't do. He was a dope smoking misogynistic tyrant, who bitched about everyone in an endless bitter tirade about his own lack of success"

Still and all, from distant time and place (me in Brooklyn. 2011) the poets laughing at locksmiths is a terrific image...as is Laurie spending his wages (meager I dare say) on your wares.

Was it really then you first used your "tiny" writing, Laurie ?