salute to the ratbags 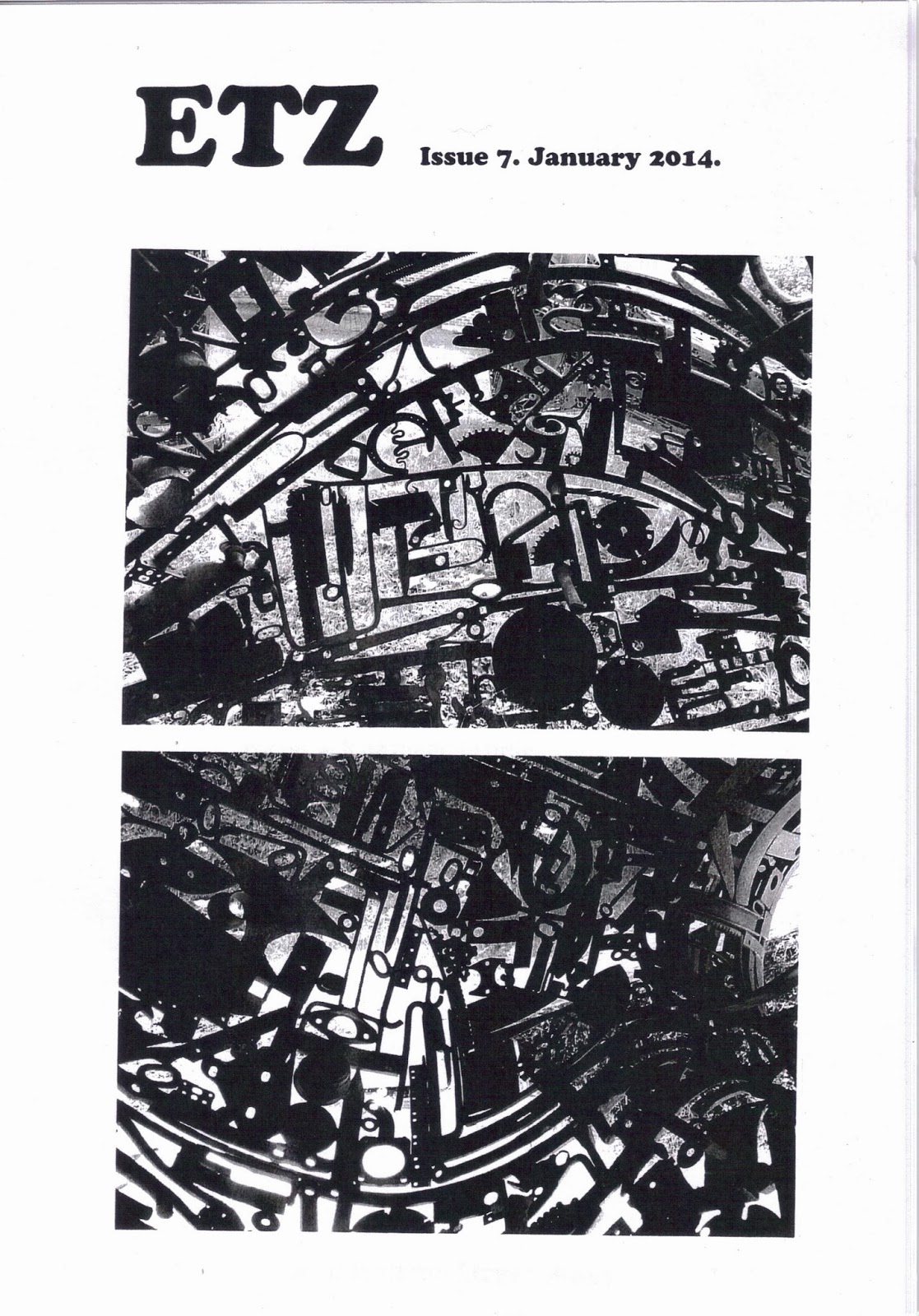 Another issue of Pete Spence’s ETZ has appeared (with the next one on the way). This one has photos by Bernard Hemensley on the cover. ETZ, if Pete doesn’t mind my saying so, belongs to a great Australian tradition of ‘ratbag’ magazines. By this I mean other long running low-tech productions like Rae Desmond Jones’s Your Friendly Fascist and Pi O’s 925. All of these mags punche(d) well above their weight and are worth tracking down for much of the work that appears within. Each has, to a greater or lesser degree (greater with YFF, lesser with ETZ) a retro appearance that was/is a challenge to the reader. If you couldn’t stand the heat you needed to stay well away from the kitchen.

Just to let people know that a 'Selected Your Friendly Fascist' is was published in 2012 and is available from http://rochfordstreetpress.wordpress.com/rochford-street-press-titles/

"“Your Friendly Fascist was a poetry magazine so deep underground that it caused tremors among persons of a pious literary persuasion on the dread occasions of its appearance. The magazine served as an outlet for views and feelings which are not expressed in polite company. Your Friendly Fascist was not the only outrageous small literary publication of its time, but it took pleasure in divergent views. Poetry can tend to sombre pomposity, or the self –consciously polite. If there is a secret to the Fascist’s modest success, it is in the energy with which it rode on the un-ironed coat tails of unruly expression. Rae Desmond Jones and John Edwards remained at the helm of the magazine despite frequent inebriation, from the magazine’s beginnings in 1971 to its final burial with absolutely no honours at all in 1986. Rae Desmond Jones has made a selection of material that appeared in YFF and pulled together a creation that sits well with the ratbaggery tradition that was Your Friendly Fascist.”

Thanks for the information Mark. Of course I use 'reatbag' in the text itself in inverted commas. These magazines were (and are) important, though they would have shrugged off 'importance'. I myself was once described as one of a school of 'ratbags' by Tom Shapcott.