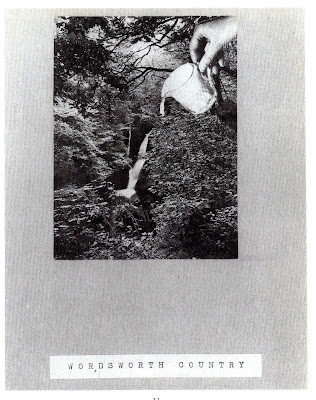 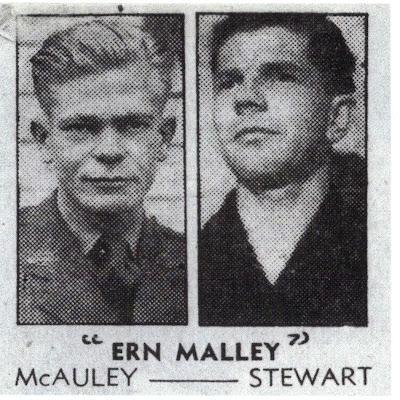 In an earlier blognote (March 31) I spoke about the transmission of Surrealism abroad from its French sources. I noted that its origins were shrouded for Australians in a blend of fashionable psychological theory and advertising. It was, unlike earlier twentieth century art styles, seemingly inseparable from the world of high fashion. In upmarket magazines like The Home, the photographer Max Dupain would combine the social round with touches of the uncanny, often with the enthusiastic participation of the subjects themselves. In the Eastern Suburbs of Sydney a fancy dress party might have a Surrealist theme.
I think this is what turned poets like James McAuley and Harold Stewart against the whole modernist phenomenon: a world in which the distinctions between art and commerce seemed to have blurred without many people caring or even noticing; a world too, in which women seemed to play a dominant role. McAuley at least had started his career in a manner that might have had him jump the other way. An early poem called ‘The Blue Horses’ (title taken from Franz Marc) hints at this. But by the war’s end he had turned to Catholicism and the right, and in the fifties he was yet another one of those Australian poets producing long dreary poems about explorers (‘Captain Quiros’ in his case).
The great paradox in Australian literary history is that McAuley and Stewart should now be best known in the guise of an invented poet, Ern Malley, whose work was designed to destroy modernism. There was indeed a period when you could buy the collected Malley in three different publications while McAuley, dead for several years, was not generally available. One of these sources was the anthology edited by John Tranter and Philip Mead published by Penguin (Australia) and Bloodaxe (UK). To install Malley in toto early in the volume certainly annoyed some people on its first appearance (1991) but it made complete sense to me. The story of the Malley hoax is now well documented. You can find it (together with the poems) in an issue of Jacket as well as in Michael Heyward’s book The Ern Malley Affair (University of Queensland Press, 1993). Malley’s work was to have included visual pieces like the collage reproduced above, but by the time the furore had erupted over the poems there seemed little point in continuing the exercise. Of course the poems had just the effect the authors had desired though even they were overwhelmed by its force, just as scientists must have been when nuclear theory was exemplified by the bomb. Australian literary modernism was not to recover for two decades. But even before the recovery, Max Harris, the journal editor who was the prime victim of the hoax, had decided to keep the faith by republishing the poems. I encountered a 1960s edition of this book when I was still at school and, in reading it, began to figure how poems could be made (poems that were not the usual record of adolescent angst). I’ve said elsewhere that the discovery of a poet who had never existed in effect gave me permission to exist as a poet.
Posted by Laurie Duggan at 17:43