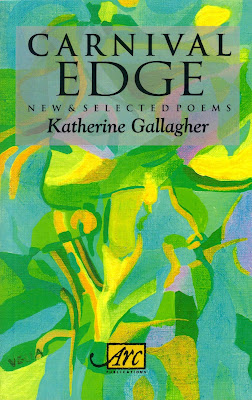 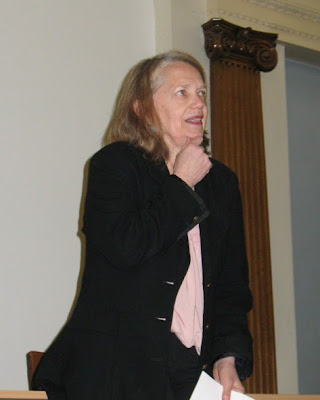 Subterranean and subsequently atmospheric effects emanating from Iceland possibly thinned out the audiences at some readings over the last week or so. This wasn’t the case at the Menzies Centre where Katherine Gallagher launched her selected poems Carnival Edge a week ago. Gallagher has lived in London (excepting a few years in Paris) since she left Australia in the late sixties. Both of us had first books published by Robert Kenny’s Melbourne based Rigmarole of the Hours press. Her book, The Eye’s Circle appeared in 1974, my own East in 1976. She read from the new book finishing with poems from the sequence ‘After Kandinsky’ set to music composed for the occasion by Kwesi Edman. The Shearman reading a few days later had lost one of the readers, Lars Amund Vaage, due to illness though as it turned out he wouldn’t have been able to get to the UK in any case. Tony Frazer was lucky enough to make it back from Berlin. The other reader, Jaime Robles (lower photo), was fortunately already in the country and present for the launch of her book anime, animus, anima. A number of other attractive works published by her own press Five Fingers (San Leandro, California) were on the table among current Shearsman titles.
Posted by Laurie Duggan at 16:53