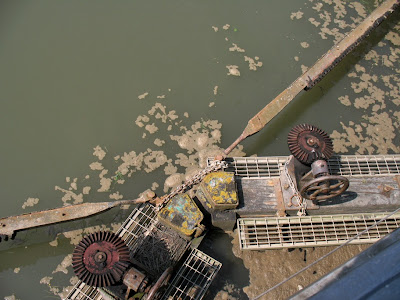 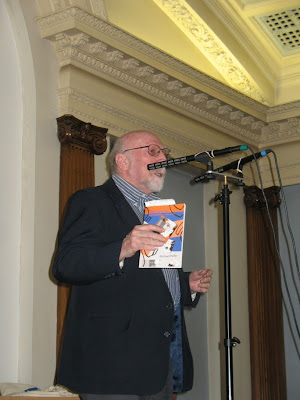 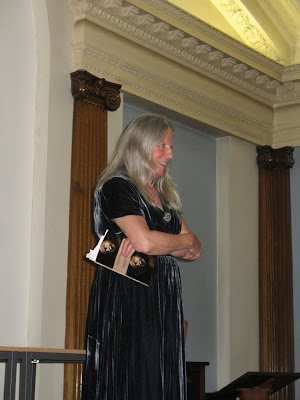 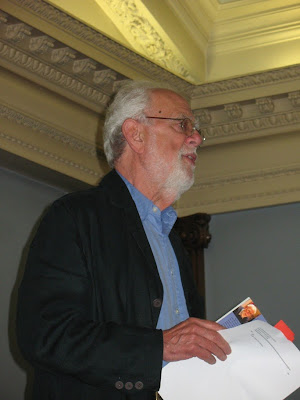 At a Friday night one-off, Shearsman launched three books. Michael Heller’s Beckmann Variations, Elaine Randell’s Faulty Mothering and Robert Vas Dias’ Still · Life. It was a superb reading from all three poets of work that was meditative, precise and witty with that sharpness of form that characterises what I’d see as the Objectivist diaspora. These poets, all very different nonetheless had in common an attitude at variance with the poetic often encountered in writing schools. The ‘teaching poetries’ these days tend to be variations on new formalism on the one hand, or language poetry on the other. These poetries (at least their lowest-common denominator variants) share a reliance on method that lends itself to educative practice. Method is an unquestioned constant for those at the conservative end of the spectrum; it’s a device to hold content in its place and a signal that one is to be taken seriously. For those of Langpo disposition method is especially useful as a set of artificial rules to detach the poem from the tendency towards humanistic discourse or ‘plain speech’. Poets like Ron Silliman often enough claim Oppen, Niedecker, and Zukofsky at least for their own purposes. But the kind of chiselled, glyph-centred work the Objectivists produced (though Zukofsky’s Catullus may have hinted at this disposition) seems to me a long way from ‘the new sentence’. The poets who read on Friday are still around to broadcast their work. Others of the same ilk no longer here to remind us of the fact (Paul Blackburn for example) risk neglect in a world of ‘teaching poetries’.
Posted by Laurie Duggan at 14:19 2 comments: 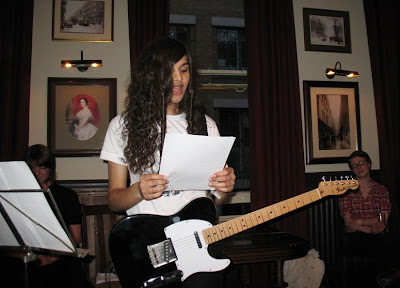 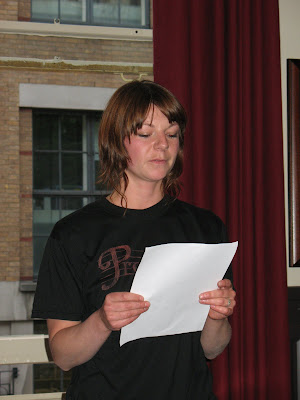 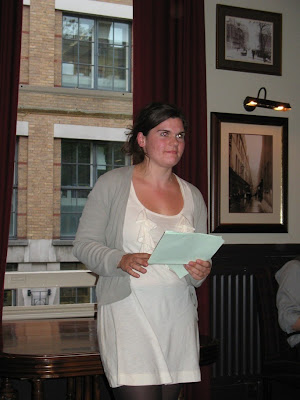 After broiling under the outdoor heaters at Ciao Bella it was good to get a cool dose of works in progress at The Lamb next door. The featured poets were Nat Raha, Lucy Harvest Clarke and Anna Ticehurst. Nat Raha did one bracket with a Telecaster and an impressive array of effects pedals navigated with ease as she performed a series of Sapphic texts. Her other life, as musician, can be sampled at http://www.myspace.com/thesleepwells and at http://www.myspace.com/helloloveless

Posted by Laurie Duggan at 12:06 No comments: 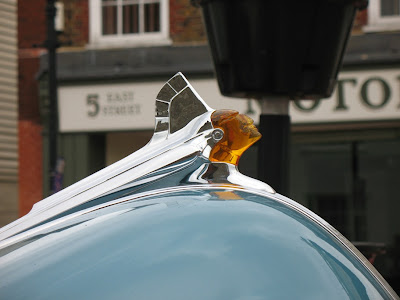 Posted by Laurie Duggan at 09:55 No comments: 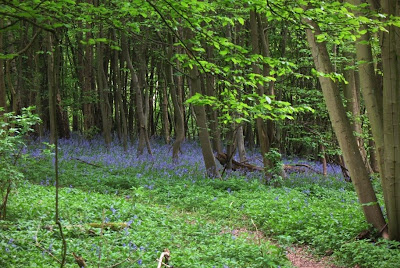 Posted by Laurie Duggan at 12:06 No comments: 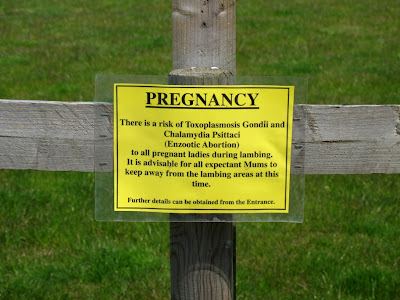 Posted by Laurie Duggan at 16:04 No comments: 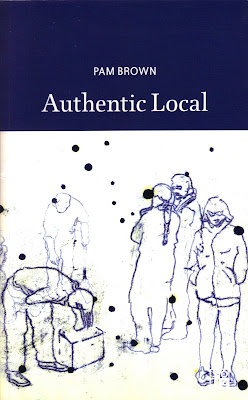 Posted by Laurie Duggan at 12:22 No comments:

We have a ‘hung parliament’ here in the U.K., a predicament (or otherwise) that may take some weeks to resolve. From my perspective this is at least better than a Conservative win (from some perspectives it’s better than either a Conservative or a Labour win). What do I, a newcomer, feel about the British democratic system? Mainly that it could do with two features of the Australian system: preferential voting and compulsory voting. The Lib Dems and Labour have been making noises about the former though it’s the latter that I think is perhaps more important. Preferential voting certainly ensures that the ‘protest vote’ can be meaningful. It is not, in the preferential system, a wasted vote. If a party assumes power on second preferences they need to take note of why this is so. Does a large Green vote, for example, mean the elected party needs to look more closely at environmental issues? If the Greens get in, those who voted for them will have achieved their objective, but if they don’t the ballot may still have convinced the elected party of the importance of green interests. Compulsory voting is probably unlikely to happen here, the more the pity. This election saw the phenomenon of citizens refused the vote because they were ‘too late’ at the polling booths (I have in my mind the image of an Ealing comedy character saying ‘Sorry dear, voting’s off’). Because the election was scheduled for a weekday many people had to vote in the evening, but at the same time the booths were not equipped to deal with more than a fraction of the population and many who had turned up at the booths well within the time limit were still unable to register their vote. This is the sort of thing that happens in the USA where compulsory voting is seen as a denial of liberty. When voting is compulsory accommodation has to be made for everyone. It must be made easy for the aged and the disabled to vote. The process must be swift and the booths must be able to deal with an entire populace and not make the assumption that a third or more of them won’t be voting anyway. A few minutes of one’s time on a weekend once every few years doesn’t seem to me an onerous task (or a denial of liberty). And if you really don’t want to vote you can either risk the fine or be ticked off on the register and then draw funny pictures on the ballot paper.
Posted by Laurie Duggan at 18:40 1 comment: 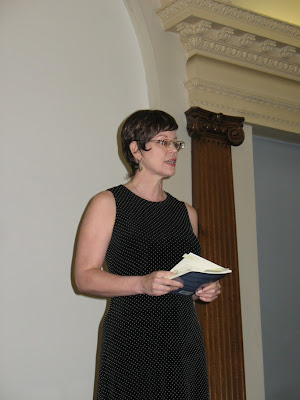 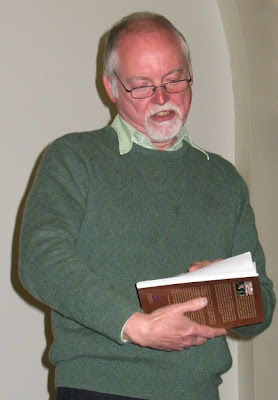 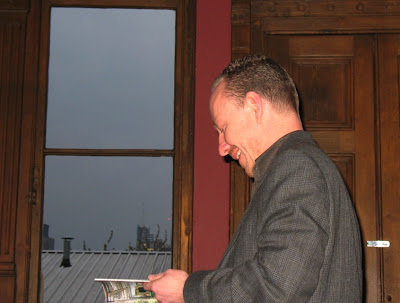 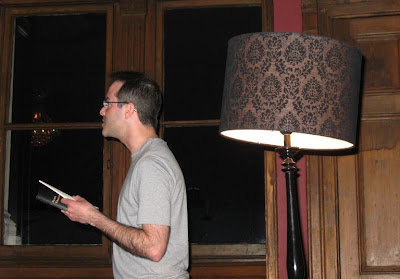 Shearsman reading on Tuesday with Camille Martin (from the States) launching her book Sonnets and Alasdair Paterson. I’ve had two of Paterson’s early Pig Press books for a while now so it was good to see his new offering on the governing of empires. Last night Rob Holloway and Scott Thurston read at Crossing the Line with new work (two volumes from Thurston) and about to be published work (Holloway’s Mortmere). The Leather Exchange seems secure for the moment, though our compere Jeff Hilson was laid down with a bug (Sean Bonney deputising in his laconic manner). Since it was election eve, Harry Gilonis had a slightly doctored billboard on display: CAMERON: THE TOOL TO CHANGE BRITAIN
Posted by Laurie Duggan at 11:14 1 comment:

Perusers may notice that I've removed the link to APRIL (Australian Poetry Resources Internet Library) from both my author note and the sites list . This is because APRIL is undergoing extensive restructuring at its Univerity of Sydney base. You can still find a basic information link for it via a search engine but there will be no author links until December 2010 when the improved version appears.
Posted by Laurie Duggan at 10:09 No comments: