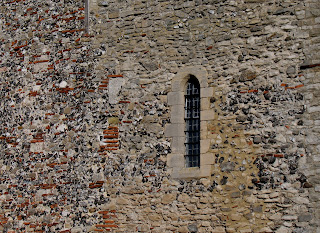 Posted by Laurie Duggan at 17:44 No comments: 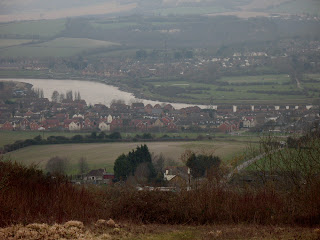 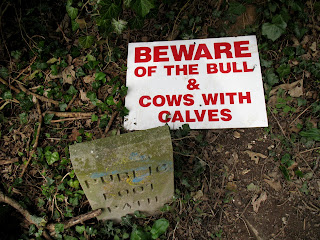 Posted by Laurie Duggan at 09:41 No comments:

In Summer 1992 I spent three months in Manchester, living in student accommodation on the University of Manchester’s residential site in Rusholme. I spent much of the time walking in the hills and visiting various poets. Here are some entries about my trip to Durham to see Ric Caddel. We’d corresponded before this and he had sent me a number of Pig Press publications. It is now almost ten years since this wonderful poet and generous man died (April 2003). A properly edited collected poems would be most welcome.

25/9   The day starts badly. First I phone Michael Schmidt who is happy with the Paul Carter review but sounds like he’ll probably reject the poems. Then I’m ready to go to Durham. But when I leave the flat & the door is locked behind me (R on the way to Liverpool with the only key) I realize I haven’t put my decent shoes on and have an old pair of sneakers with holes in them instead. Then as I’m walking towards Oxford Rd station I realize I haven’t packed any underpants.
At Durham R.S. there’s no sign of Ric Caddel. I wait and look around at the station exits for a while, then think of phoning, but the one telephone is commandeered by a woman who looks like she’ll be there for a very long time. So I walk to the University library under the castle. One of the librarians contacts Ric & I speak to him on the phone (he’s at the other University  library). I’ve had my wires crossed about the meeting – apparently we’d arranged to meet at 5 pm at the Cathedral! But that’s cleared up now. So I cross the road for a cup of tea, leaving my gear at the library, then examine Durham Cathedral. It is much more impressive than Winchester or Canterbury. The stonework is rougher surfaced here, plainer and not much like cake icing, and the decoration – cross-hatched columns &c – is  spare and effective. There’s Bede’s tomb, St Cuthbert’s memorial and a great deal else. Back at the library I’m met by Ric. He’s about 5’6”, asthmatic, and very gnome like. We drive back to Neville’s Cross [where I meet Ann Caddel and their two children Tom & Lucy ]. Tom is in a band (& we talk about the Velvet Underground – I tell him to listen to ‘1969’). The house is two-storeys and small. I’m in a single bed in the Pig Press storeroom – a cupboard like space containing also the laundry. Comfortable enough. We drink, eat & talk. The Cs are terrific people. Ann comes from a Yorkshire family but moved around a lot as a child because her father was RAF. Ric moved north from Kent when he was 20 (& met Bunting et. al.). He shows me an old book – a translation of Don Quixote by Smollett, where one of the book’s printers is a Cadell (one ‘d’ two ‘l’s).

26/9   I get up around 8 and beat the Caddel clan to the bathroom. After breakfast it’s still foggy outside but Ric and I decide to drive out to the Wall anyway. On the road up from Durham a partridge struts in the mist. We reach the wall where it is no more than a couple of ridges of grass and a ditch, and follow it along to Crag Lough. Here we park and walk in the drizzle up beside the Wall (which is now wall as such) up the steep hills with cliff-sides. Mountaineers practice on some of these. Ric says the Wall was designed in Rome and erected much as a modern prefabricated building would be – with no regard for particular terrain. So that the mile forts have front and rear doors even when the front door opens onto a sheer drop. If the ‘Romans’ at Hard Knott were from the Dalmatian coast, most of those stationed along the Wall were from Spain or North Africa (at one stage there was a theory with racist overtones that the inhabitants of Newcastle were descended in part from these Africans). As we walk towards a lake, the drizzle clears, though it remains foggy and no clear view emerges in the Pictish direction. But the Wall was never actually used as a defence-line, it was more a kind of customs barrier controlling what went in either direction. We drop down to the visitor information centre, then drive further west to a pub for lunch. Then south, navigating around Haltwhistle and down a backroad into Cumbria and Alston where we stop for a walk up the main street and buy some local cheese. It’s a market town with setts, though the streets are relatively wide. Drive down the Wear valley – at one point a huge flock of rooks wheel in the sky – and back into Durham. The air heater dries out my socks but the shoes will need a night of it. I check out the Pig catalogue and purchase at discount three items further (Ric has given me a pile of things including copies of his own books & we’ve signed each other’s duly).

27/9   It’s foggy again. This morning Ric & I drive into town and go for a walk around the bend of the Wear and up across the square outside the Cathedral. Rowers on the river – this town had pretenses to join Oxbridge, but the river curves too much under its bridges for a rowing eight: four is the most they can do. The city has had a curious history. The old part of the Cathedral was completed within 20 years or so of the Norman invasion. The Normans actually set out to wipe out most of the population north of the Humber in a slash and burn exercise. The Domesday Book doesn’t record anything in this area because it wasn’t supposed to exist. Later, the Revolution also had trouble with Durham. Cromwell wanted to push it as a seat of learning to combat the effects of the other, Royalist, centres. He died before plans could be put into action, but his ideas, like so many later southern pictures of the north, did not bear much relation to its actualities. Cromwell was seemingly unaware that the bulk of the population was Catholic. We have a beer in a pub at Shincliffe, an outlying village with mining origins (like most of the places here) but which had been too snobbish to embrace unionism like all the other villages and which had separate miners’ guilds for a while. Back at Neville’s Cross for a bread and cheese lunch then Ric takes me to the railway station. The rail passes over a high viaduct just south of the station over which – at 1.30 every night – nuclear waste is trucked to Cumbria. The IRA (a number of members in the Durham prison) had planned to blow the bridge up as the train went across. For nearly all the trip back to Manchester visibility is poor. Then, out of the last tunnel at Staleybridge, there’s sunlight. 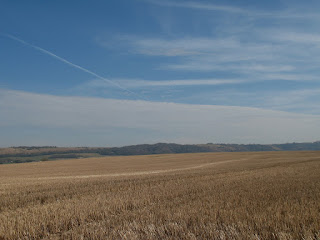 Posted by Laurie Duggan at 10:47 No comments: 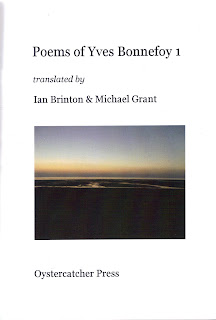 A pool of oil is doubtless still there
At the end of a long street where I walked as a child:
A rectangle of heavy death under a black sky.

Since that time, poetry
Has kept its waters separate from other waters,
No beauty no colour detains it,
It is in anguish for iron and the night.

It nurses
A lifeless shore's long grief, an iron bridge
Thrown towards the other even darker shore
Is its sole memory and sole true love.

This is the first of two volumes, out now from Oystercatcher Press.
Posted by Laurie Duggan at 10:46 3 comments:

As mentioned earlier I have put a substantial number of my photos taken at various readings on dropbox. Anyone is welcome to use these though of course I'd like it if you acknowledged me as the photographer. For access click here.
Posted by Laurie Duggan at 18:44 No comments: 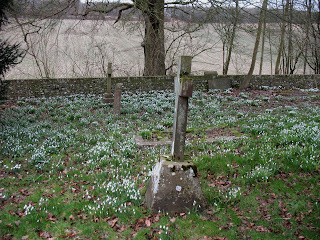 Posted by Laurie Duggan at 18:31 No comments: 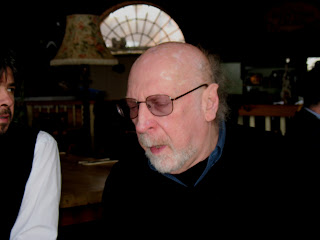 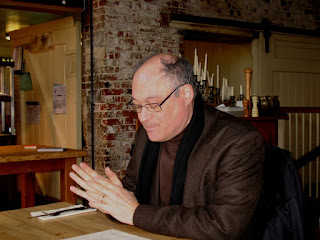 Mike Heller read at The Lamb on Tuesday, at the Veg Box Café in Canterbury on Wednesday and, with Norman Finkelstein gave a seminar at the University of Kent on Friday morning. I attended the first and third of these events and would have been at the second had circumstances permitted. Heller now has a substantial collected poems, This Constellation Is A Name, finely presented by Nightboat Books. As ever it was great to hear him read. The seminar, featuring both authors, was on the Objectivist poets and their later followers, notably Harvey Shapiro (who died early this year) and Hugh Seidman. Finkelstein focussed on these poets while Heller concentrated on the work of George Oppen. Heller is the author of one of the earliest books on Objectivism (Conviction’s Net of Branches) and subsequent work on Oppen in particular. Finkelstein presented a previously unavailable poem by Shapiro (referring to Charles Reznikoff). It would have been well worth anyone’s while to have been present. Both men were modest in their presentations but one felt privileged to have been part of the audience.
Posted by Laurie Duggan at 18:29 1 comment: