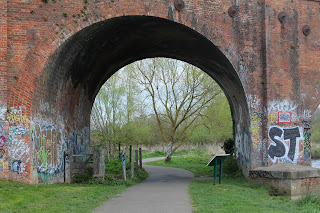 Posted by Laurie Duggan at 13:57 No comments: 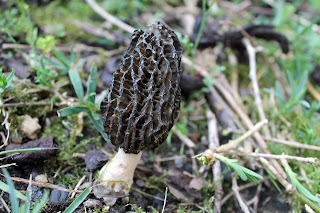 Posted by Laurie Duggan at 18:54 No comments: 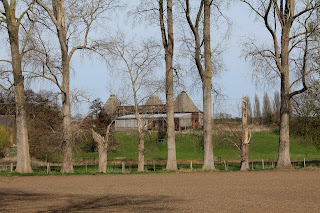 Posted by Laurie Duggan at 15:55 No comments:


1/9   Train to Buxton [from Manchester]. On the station, Roy & Joyce Fisher (Roy had described himself as large i.e. wide, but I would have recognized his face anyway. He had seen a photo of me in Scripsi). We have coffee near the roundabout and Roy takes me to see the interior of the Devonshire Hospital. The building was originally an equestrian venue with an underground entrance for the horses, but in the post-Paxton period, after it had been donated by the Duke of Devonshire, it was roofed with an iron dome. It’s a huge structure with an amazing doubling of your voice if you stand in the middle. The floor is wooden – dance floor material – and around and about are odd therapy-related items like a pool table. As we walk back to the car Roy points out that a large section of the Crescent’s roof has been stolen recently (for lead) by people posing as workmen. We join Joyce in the supermarket and wheel the trolley around talking poetry and employment. Roy glad to get out of teaching (he left Keele ten years ago).
Driving back to Earl Sterndale (sounds like a blues pianist) we pass the large limestone quarry – everything is white (& Joyce says it is luminous at night). It is invisible from the village over the hill – and the National Trust won’t let them quarry across the skyline (though within an inch of that the quarry drops away) so the beautiful landscape is rather like a cardboard cutout. Roy & Joyce’s house is only a few hundred yards above the village. It’s white with triple-glazed windows and a vegetable garden. The stone walls and fields around are intact from hundreds of years back. A fault runs across the property and there are some sharp peaks. The triangle of a ridge ends beyond the village. We eat a large bread & salad & quiche lunch with a pint of bitter and talk about the state of the nation, education, economics &c. The way so many academics spend as long as they can in London then whip out to ‘the provinces’ for a couple of days intensive tutorials. The duplicity of government having to pour money into whatever they’re about to sell off to make it a good deal for their purchasing friends. Strangeways [the prison] ‘burnt down’ 18 months ago, was rebuilt & now is on the market.
A neighbour visits & we go into the living room. Then Joyce goes upstairs to work on the play she is preparing (she organized a community event which was held at the Devonshire Hospital space in Buxton). I give Roy copies of some of my books (and will get him one of the remaining Martials later). Roy explained how Jonathan Wiiliams survives – a combination of family money, Jargon advances & Yale U., who have bought the Jargon archive and who now pay JW a kind of stipend for life in exchange for the rest of his files).

24/9   In the Peaks it gets foggy and at Buxton itself it’s pretty dark. Roy Fisher meets me at the station and we drive back to Earl Sterndale. I show Roy passages from ‘The Front’ which put into practice things picked up while reading A Furnace – that kinetic feel to observation in particular (& the influence of film – as an editorial practice not as ‘film culture’). We drive to Winster for lunch with Tony Baker  & Liz Hanaway. In the afternoon it clears and Liz takes the kids in to the heated pool in Buxton. The four of us take a walk above and through the town. The line separating gritstone from limestone landscapes is marked by patches of dying bracken. note also that the church in Winster has pillars right down the middle of the aisle – not two sets, but one. Back at the house Roy plays the piano, running through various passages for Tony’s benefit. He’s really good though unused to this particular keyboard and ‘a bit rusty’. Plays intricate passages of Jelly Roll Morton & shows some of the [Albert] Ammons runs (though he claims he can’t keep that complexity up at such a pace for several minutes as AA did). We drive back and I catch the 6.30 to Manchester.
Posted by Laurie Duggan at 09:52 No comments: 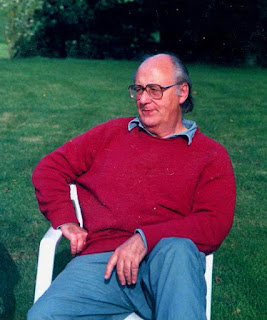 Posted by Laurie Duggan at 20:27 No comments:

Entangled at the Turner 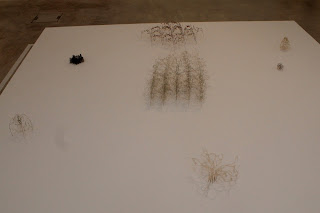 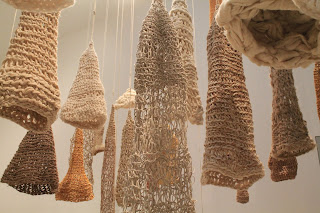 Entangled: Threads and Making, now on at the Turner Gallery in Margate, explores the work of various twentieth and twenty-first century women working with textiles. It's a great show. Works above are by Christiane Lohr, Paola Anziche and Laura Ford. Those penguins with old shoes are genuinely creepy!

Posted by Laurie Duggan at 19:28 No comments: 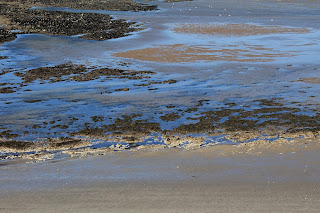 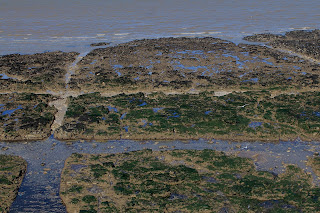 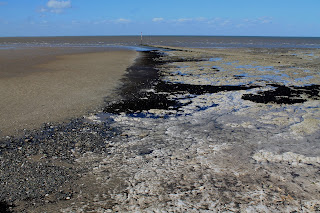 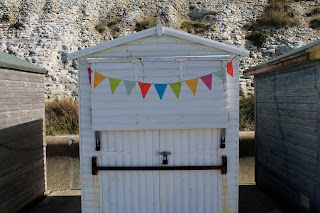 Posted by Laurie Duggan at 14:34 No comments: 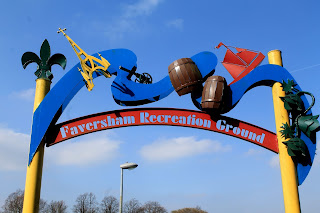 Posted by Laurie Duggan at 13:46 No comments: 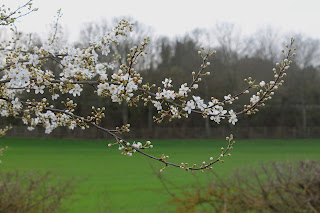 Posted by Laurie Duggan at 18:13 No comments:

coming soon to a coffeehouse near you 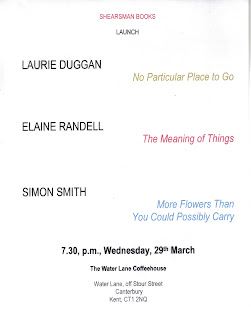