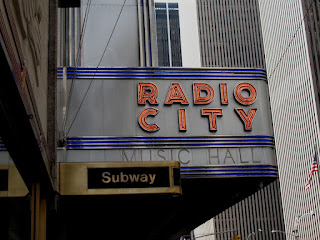 Posted by Laurie Duggan at 09:49 No comments: 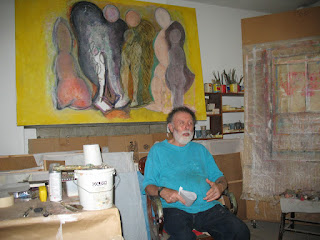 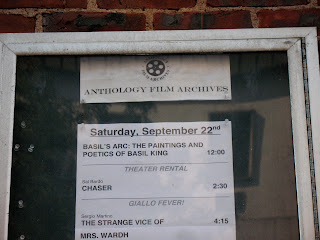 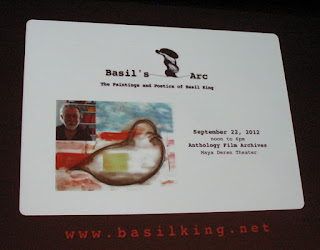 Saturday 22's afternoon of film, papers, notes and readings on and of the work of Basil King held at Anthology Film Archives in the Bowery was a triumph exceeding the expectations of the organisers. People were turned away from the auditorium (one unfortunate speaker was unable to get back in after a visit to the John). The varied presentations and the perspectives the participants offered came together wonderfully. The six hours were not a minute too long and at the B Bar & Grill where we convened for drinks and dinner the event continued into the evening. I didn’t take any shots during proceedings in the auditorium itself but believe me the place was packed. This wasn't any kind of premature obituary but a celebration of ongoing work. What the presentations revealed was the impossibility of pinning down their subject.

Posted by Laurie Duggan at 09:45 No comments:

I stumbled into the john
in the John Curtin
and saw, written
on the tiles ‘John
Forbes is fucking awesome’

The Ghost of WCW in a Faversham Pub

‘I’d love to go back
to Acapulco

it was so different
and so easy’

A Jonathan Williams moment in Hay-on-Wye

GIANT BOOK SALE
at Three Cocks
Posted by Laurie Duggan at 12:51 No comments:

to hear the poems of
BARRY SCHWABSKY
& LAURIE DUGGAN

Laurie Duggan is an Australian poet living since 2006 in the UK where he is a regular reader on the London poetry circuit. Over the years he has taught in the areas of Art History and Cultural Studies and worked as a screenwriter, art critic and poetry editor. His most recent books are Compared to What: Selected Poems 1971-2003, Exeter, Shearsman, 2005; Crab & Winkle, Exeter, Shearsman, 2009; The Epigrams of Martial (2nd ed), Boston, Pressed Wafer, 2010; Allotments [1-29], Wendell, Mass, Fewer & Further, 2011; and The Pursuit of Happiness, Bristol, Shearsman, 2012.  His blog is at: graveneymarsh.blogspot.com
Barry Schwabsky is art critic for The Nation. His essays have appeared in many publications and his books include The Widening Circle: Consequences of Modernism in Contemporary Art, Vitamin P: New Perspectives in Painting and several volumes of poetry, the most recent being Book Left Open in the Rain (Black Square Editions/The Brooklyn Rail). He has taught at the School of Visual Arts, Pratt Institute, New York University, Goldsmiths College (University of London) and Yale University.

light refreshments will be served
thanks to friends of Basil's Arc

donations for space much appreciated


The Friends of Basil King invite you to celebrate his work September 22, 2012 from noon to 6pm at Anthology Film Archives (Maya Deren Theater),
32 2nd Av., NYC. Free and open to the public.

The program includes the debut screening of a film portrait created by Nicole Peyrafitte and Miles Joris-Peyrafitte, Basil King: Mirage, illustrated panel discussions about key aspects of King's visual art, and original music inspired by his images and his texts.