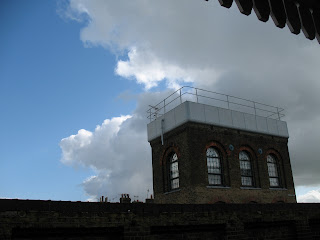 Posted by Laurie Duggan at 12:18 No comments: 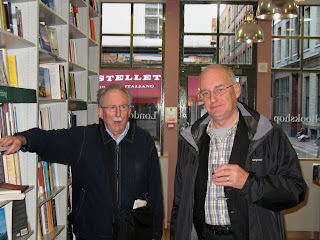 Posted by Laurie Duggan at 08:13 No comments: 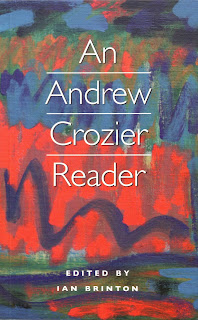 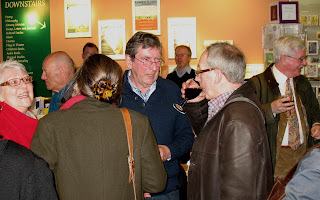 On Thursday evening the London Review Bookshop hosted the launch of An Andrew Crozier Reader (Carcanet) edited by Ian Brinton. Crozier, who died in 2008, had published numerous small press books (he ran one press, Ferry, himself) but the work had only been collected in All Where Each Is (Allardyce Barnett) in 1985. Further work had appeared in the ill-fated Picador anthology Conductors of Chaos edited by Iain Sinclair ten years later. Crozier had not written very much in the succeeding period and had been reluctant to collect work for that reason. It meant that his work had become largely unobtainable unless you trawled second-hand sites on the web. This publication rectifies things. It is a substantial collection of the poet’s work including relevant prose pieces and an overview and some unobtrusive situating notes by Ian Brinton (centre in above photograph). The launch was largely populated by people who knew Crozier personally but the book itself should make the work available to younger readers who weren’t there the first time around. It’s a fine road map assembled with care.
Posted by Laurie Duggan at 10:54 No comments: 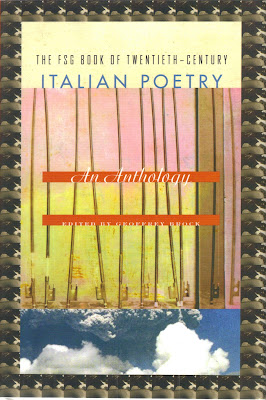 Just out from Farrar-Strauss-Giroux: their anthology of twentieth century Italian poetry edited by Geoffrey Brock. I have a translation in this of an Ardengo Soffici's poem. It's in pretty good company alongside versions by William Arrowsmith, Samuel Beckett, Cid Corman, Allen Ginsberg, Kevin Hart, Geoffrey Hill, Kenneth Koch, Marianne Moore, Ezra Pound, Peter Robinson, Kendrick Smithyman, Susan Stewart and Charles Tomlinson among others. The anthology starts early with Giovanni Pascoli (b1855) and ends with Gabriele Frasca (b1957). You'll have to go to the journals for the younger poets but I suspect this book will be the best introduction you will find to work covering the bulk of the century for some time. The Italians invented a movement every few weeks. Most of them are represented here.
Posted by Laurie Duggan at 16:51 2 comments: 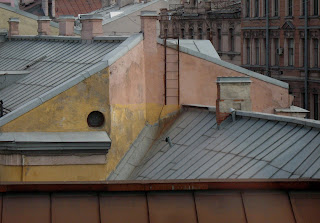 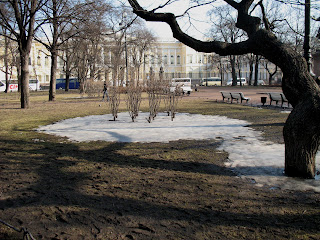 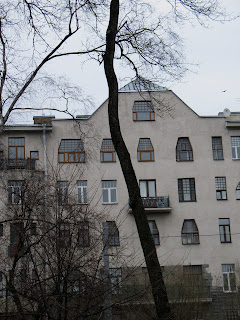 Posted by Laurie Duggan at 15:15 No comments: 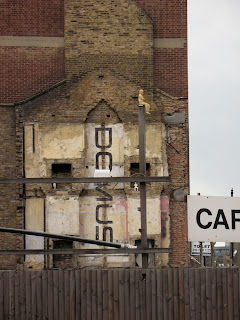 Posted by Laurie Duggan at 17:05 No comments: 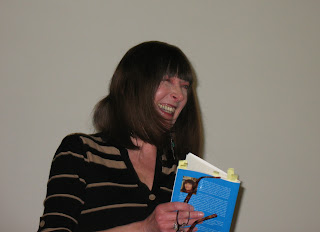 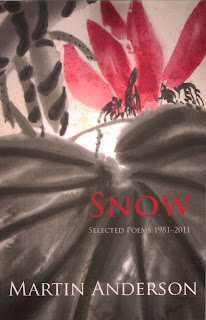 Last night’s Shearsman reading featured two fine poets. Lucy Hamilton’s Stalker, consists of prose poems in which that activity (stalking) assumes a metaphysical dimension. The poems are as much about mystery as they are about misdemeanour.  Linda Black (a fine writer of prose poems herself) astutely notes that these pieces explore the line between the visible and the invisible. Martin Anderson launched his (long overdue) selected poems, Snow. He has been with Shearsman since the beginning, having published in the first issue of Shearsman magazine back in the early 80s. A great deal of this book was written in East Asia where he spent some thirty years.  Anderson’s own prose work The Hoplite Journals is well worth investigating. Snow is a good entry point into his work. Also on the book table were copies of Ken Bolton’s new Selected Poems 1975-2010, which will at last introduce his work to readers in the UK. I should note that now Shearsman has a POD facility in Australia (as well as one in the USA), making postage there for all titles more affordable.
Posted by Laurie Duggan at 10:20 1 comment: