I've a few readings coming up over Spring and early Summer. These are: 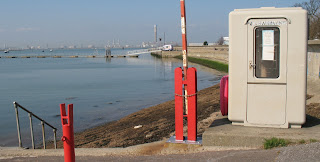 Posted by Laurie Duggan at 18:20 No comments: 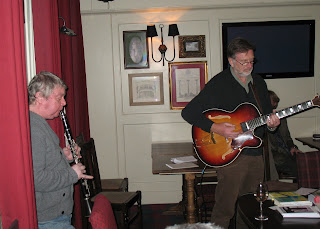 On Tuesday at The Lamb David Miller and Ken White played a couple of brackets. White’s visits from Australia provide a welcome opportunity for these two to get together for a mix of standards (KW) and improvisation (DM). Miller had a bad throat infection but you wouldn’t have known it. He has wonderful control and a very physical, full-bodied tone (for evidence of this check this site from a Veer launch not long ago).  John Gibbens read (and played) also, and Ken Edwards launched his fine new book Bardo: forty-nine pieces over seven days. 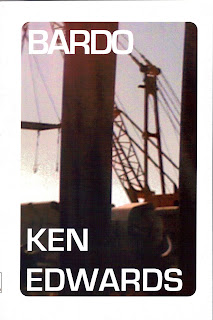 Posted by Laurie Duggan at 10:48 No comments: 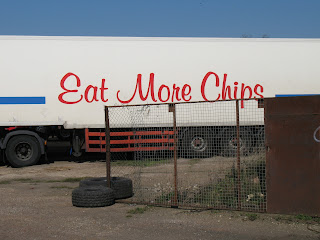 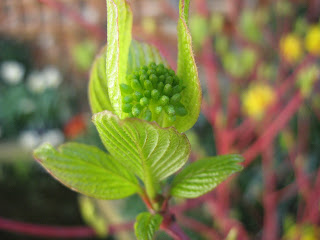 Posted by Laurie Duggan at 20:24 No comments: 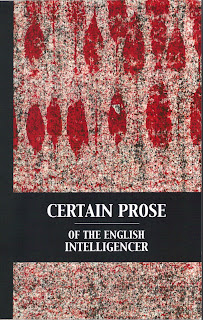 John Forbes had a love-hate relationship with Cambridge. He found its academic rigour stimulating (at last people you could really argue with) yet at the same time he felt that the directions the arguments often took led to places he didn’t necessarily want to visit. He described to me the air as ‘electric with brain power’, adding ‘nothing pleasant about it’. At a later date he noted ‘Cambridge ET IN ARCADIA EGO! Just because of the poetry’, though he felt that some of this consisted of ‘endless, fussy prolegomena to the actual Subject’. This was the Cambridge of the 1990s with a new generation of poets whom Peter Barry might view as part of an ongoing British Poetry Revival. Early episodes of this modernist rebirth may be seen in Neil Pattison, Reitha Pattison and Luke Roberts edited volume Certain Prose of The English Intelligencer (Mountain Press, 2012). The Intelligencer was a roughly produced ‘poetry worksheet’ with a mailing list of some 40-60 people, appearing from January 1966 to April 1968. It included poems but as so many of them have appeared in volumes of the various poets this collection presents a selection of notes, letters and commentaries. It began as a necessity though as soon as it had served its purpose it came to an abrupt end. It is a fascinating glimpse at a developing poetic but nonetheless I share some of my late compatriot’s doubts. A long piece dwelling on occurrences in the Palaeolithic and Neolithic eras seems from this distance far too deterministic (I keep thinking of O’Hara’s line about the track star from Mineola Prep. Should we always be looking over our shoulders like this?). Of course many of these pieces were written by people still in their early to mid-twenties. At that age I was an overly dogmatic Poundian, though this particular take on the English landscape and its implications for a poetic is more of an Olsonian one. In my own case I needed a healthy slice of New York pastrami on my Black Mountain rye. The Intelligencer doesn’t, of course, speak with the one voice. There is the very young Barry MacSweeney suggesting that ‘everyone’s gone and left the ordinary things out’ and wondering where the love poems are. And Jeremy Hilton, who wishes for a sense of the ‘life lived’ as he found it in the work of Williams, Zukofsky, Olson, Snyder, Creeley and others. Perhaps it was the divide between town and gown working itself out over the brief life of this publication.
Posted by Laurie Duggan at 16:17 No comments: 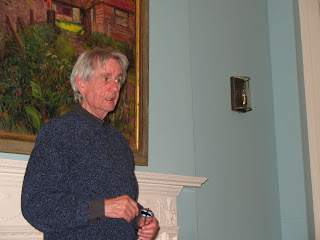 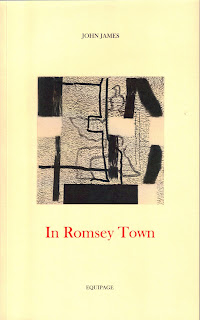 A reading in London by John James was always going to be unmissable. Friday evening’s event lived up to the promise (even if ordered copies of the Salt Companion to John James failed to turn up). Carol Watts introduced the panel of John Hall, Rod Mengham and Simon Perril for takes on the poems then, after a break, Perril read, followed by James. James offered poems from the two very recent collections: In Romsey Town (Equipage, 2011) and Cloud Breaking Sun (Oystercatcher, 2012). James has always been an astute observer of popular culture: what he does with it always feels right, neither reverent nor condescending. I feel as though he inhabits the same world that I do (this doesn’t happen with so many other poets), and I feel that my sense of this is by no means an idiosyncratic one. The new books have a note of the elegiac about them (referring to Barry MacSweeney and Andrew Crozier in particular) yet this is done with wit and humility. Here he is on MacSweeney and Apollinaire (from the poem ‘Reading Barry & Guillaume in Puisserguier’ in Cloud Breaking Sun):
in the heat of the night I dreamt we were all at the I Love You
Poem Award
at a reading organised by some hard edge dudes from the Later
Cambridge School
they asked you to stand up
you were wearing a gorgeous indigo mohair suit
with narrow lapels made in Soho in the 60s
you received an ovation from the crowd
all seated on the ground
they took the prize away from Carol Ann Duffy
& awarded it to you
but you were not there
I had been asked to read by the beautiful Karlien & Lucy
but I leave my spectacles in the breast pocket of my coat
hanging at the back of the venue
I read the last poem anyway & improvise
before I close the book with coup d’émotion
Barry & Guillaume I love your poems
Posted by Laurie Duggan at 18:52 2 comments: