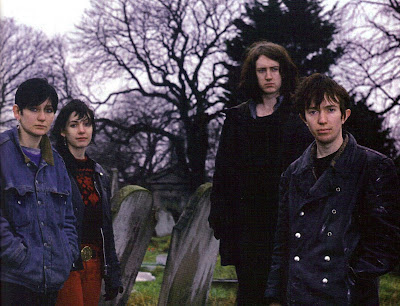 1. 1990s – My Bloody Valentine, ‘Come in alone’, from Loveless (1991). Bilinda Butcher’s voice is almost buried by the wall of sound on this track, but it’s still, in the paradoxical nature of this kind of music, the centre of attention. What I particularly like about this song I don’t know how to describe except by saying that the lines are very long. Each time there’s a rise or fall of tone you expect the line is about to end but instead you are in a further part of the sentence. It’s a bit like expecting Ernest Hemingway and getting Henry James. 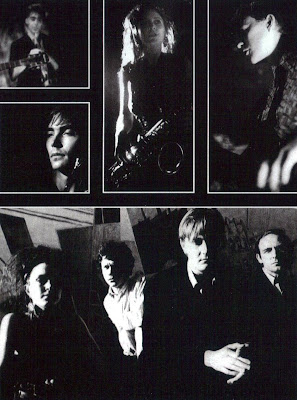 2. 1980s – Laughing Clowns, ‘Eternally Yours’, originally 12” single (1984), collected on Cruel, But Fair: the complete Clowns recordings (2005). I’m partial to the drone. I like walls of sound out of which strands can appear and disappear. This piece has to be one of the Clowns’ greatest moments. Ed Kuepper’s voice with its characteristically wavering pitch is right on the money. What makes the track a special one though is Louise Elliott’s sax. The band was originally going to use an organ. It surely wouldn’t have been as good. 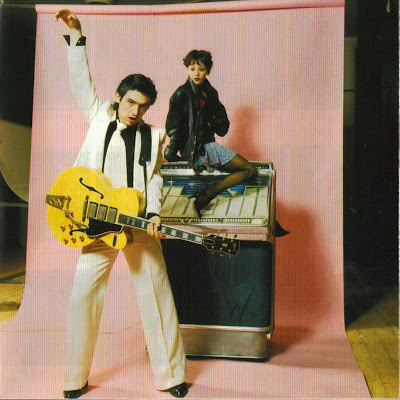 3. 1970s – Chris Spedding, ‘Hurt by love’, originally on Hurt LP (1977), collected on The very best of Chris Spedding (2005). This track is the maverick of the bunch. It’s probably more ‘mainstream’ as far as rock goes, but it’s one of those pieces that simply knock you over with their pure drive. Spedding, as the photograph indicates, doesn’t take all of this too seriously. As a guitarist who hates guitar solos he is mainly interested in moving things along. The backup are no slouches either: the great Clem Cattini on drums, Herbie Flowers on the most propulsive bass you’ll have heard for a while, and a certain Ms Chrissie Hynde on backing vocals. Nice!
Posted by Laurie Duggan at 09:26

wow, dont the MBV kids look young in that pic ... did you get a chance to see them reform earlier this year? I hear the 'blitzkrieg' section of 'You Made Me Realise' has now been classed as a form of torture in several states ;-)

Back to the music ...
Davey

Alas David, no. What a great band though. I still think it's a wonderful paradox that the 'wall of sound' actually serves to focus you on the vocal however back in the mix it is. This is demonstratively true i think from Phil Spector to Husker Du and beyond.

I agree re the 'wall of vocal' - except for the fact that the words themselves are often, in the case of MBV anyway, so disappointingly banal (take 'Soon', for example). Which is not a charge I'd ever lay at the feet of Tina Turner on 'River Deep, Mountain High' ... although I just had a look at the lyrics to that one, and they seem to contradict my argument entirely.