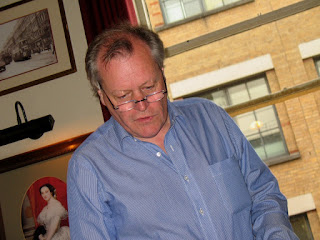 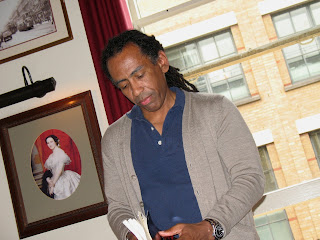 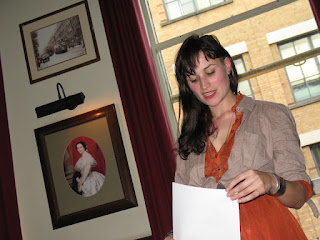 Tuesday’s reading at The Lamb featured three satisfyingly different poets. Robert Sheppard powered through some recent prose pieces. DS Marriott’s readings from his later work, especially The Bloods, was restrained and thoughtful. Sarah Kelly, in her second bracket, read from hand-produced leaves of textured paper with integral artwork. Though the poems could have stood well on their own this was a manuscript that deserved to be seen in its original form. I would certainly be happy to subscribe if such an edition became possible.
Posted by Laurie Duggan at 13:01