Two exhibitions, or When Squares Were Cool 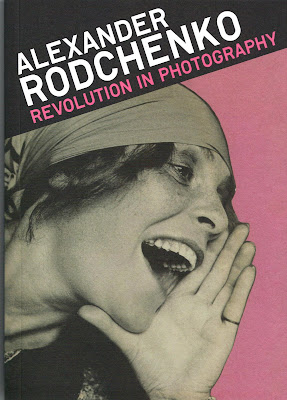 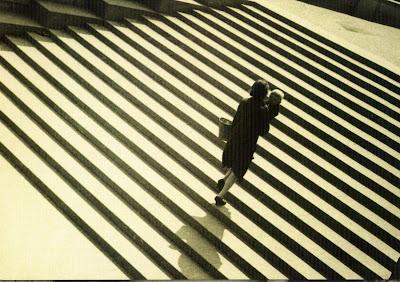 Over the last few days I have been to the Royal Academy exhibition ‘From Russia: French and Russian Master Paintings, 1870-1925, from Moscow and St Petersburg’ and to an exhibition of Alexander Rodchenko’s photographs and photo-based collages at the Hayward Gallery. The first of these shows has received mixed reviews. But while it’s certainly true that some of the earlier Russian work and, among the French, that of Maurice Denis, is somewhat lacklustre there are more than enough hits to make the visit worthwhile. The paintings that suffer most are the symbolist and some of the sub-cubist pieces. The light in Levitan’s landscapes, along with that of some other earlier Russians makes them attractive pieces that only a time lag and the tendency of modernist histories to ignore the supposedly superseded has relegated to the back room. There are many more great works then the big Matisse (‘Dance II’) to take in: his ‘Harmony in Red’, a wall of Cezanne (including a terrific early double portrait), a wall of Gauguin (great artist, terrible influence), a big Bonnard too.
The stars of the final part of the show (from 1910 on) are the Russians themselves (whether expatriate, like Kandinsky, or otherwise). Three great women painters – Natalia Goncharova, Alexandra Exter and Liubov Popova - are well represented. Exter’s work, while clearly deriving from cubism, makes something of her borrowing (or theft, in the sense that ‘good poets steal, bad ones borrow’). Then there’s Mikhail Larionov, the portraits of N. Altman, including one of Anna Akhmatova. Finally there are works by Vladimir Tatlin, Rodchenko and Malevich. Tatlin’s amazing suspended construction is wonderful to see. Photographs of this piece don’t give any sense of how rough-edged the object is, not a sense of its weight, suspended as it is in a corner on taut ropes. Malevich’s squares, circles and crosses hint that so much mid-century American art owes him. A photograph of Malevich on his death bed surrounds him with these works which assume the status of earlier ikons.
In the Hayward exhibition Rodchenko takes the time-line beyond 1925, into a period where there’s a sense of how much of the promise of Russian modernism failed to materialize. Varvara Stepanova worked with him on many of the photo-collages and magazine and book designs represented here in one of the rooms. Rodchenko virtually invented the striking angle in photography and this would keep him working in a period when ‘formalism’ had become a suspect, bourgeois approach. Like so many great Russian twentieth-century artists (I think here of Shostakovich), Rodchenko turned a limitation to advantage. By concentrating on sports photography he was able to put his formal originality to striking use, since it was the Soviet body that was ostensibly the subject. Still, it occasions sadness that so many good intentions, so many great makers, should have seen the (perhaps imaginary) promises of 1917 fade from view. Rodchenko’s post 1945 diaries are painful reading, referring as they do to physical ailments and to his fight to maintain the rights of a professor, even to keep the gas heating going.
Posted by Laurie Duggan at 20:04